What are Temporary Disability Benefits?

I often hear questions from injured workers about how they get compensation for their “lost wages.”  This often comes up when their doctor takes them off work or assigns restrictions that prevent them from being able to earn wages in either the same or a similar kind of work.  Temporary disability benefits – temporary total disability and temporary partial disability – are not intended to replace an injured workers' wages while they are healing from their injuries.  Yes, an injured worker receives these benefits while they are treating and healing.  However, these benefits are actually based on the idea that the injured worker has suffered a temporary loss of earning capacity.  The only question is whether the injured worker can prove a loss in earning capacity as a result of the injury, not whether they can or need to prove lost wages.  This is a complicated issue to explain and understand.  Ultimately, it really depends on how unemployable someone is (a loss in ability to earn wages as a result of their injuries) as opposed to whether they were just unemployed for one reason or another (termination, retirement, incarceration, undocumented status, etc.).

If you are concerned that you are not being compensated fairly, contact an experienced Nebraska workers' compensation attorney with knowledge of temporary disability rules. 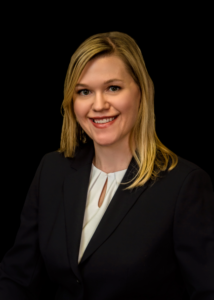