A 48-year-old woman was leaving a parking lot when she noticed fellow employees struggling to close the encompassing gate. She offered her help and was told to wait on the outskirts of the parking lot as they attempted to shut the 750-pound gate. Suddenly, the gate derailed and fell on the Plaintiff knocking her down to the ground. She immediately lost consciousness and woke up when the 911 personnel arrived at the scene. The Plaintiff refused medical treatment at the scene and went home with some bruising. She then claimed that the gate falling on her caused multiple injuries to her knees, shoulder, neck, and back.

During the next few days, she was diagnosed with multiple spine protrusions and had to endure a shoulder arthroscopy and debridement, as well as a subcortical decompression bursectomy. Additionally, the treating physician recommended two more surgeries if her pain persisted.

The Defendant property owner and company blamed the entire incident on the employees for derailing the gate. They pointed to evidence of no problems with the gate in 30 years. Unfortunately, the small company had little insurance and the employees then lied about what happened, making it very difficult to find fault with the property owner or the company. The Defense also claimed that the Plaintiff's back injuries were pre-existing as she had a prior back surgery and she had not claimed back injuries until she was referred to doctors much later. After receiving a maximum offer of $300,00 from the property owners insurance company claiming all fault was with the employees, the case went all the way to trial. After two and a half weeks in trial, the Jury reached a verdict of $929,000 with $804,000 plus all costs against the property owner and company. The total judgment against the property owner/tenant will be in excess of $900,000 – over three times the insurance company's max offer. 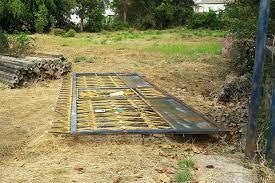