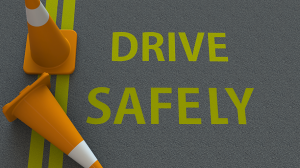 Operation Safe Driver Week is scheduled for July 15-21 for commercial and passenger vehicles. Driving behaviors that will be targeted during the week include speeding, distracted driving, texting, failure to use a seat belt, following too closely, improper lane change, failure to obey traffic control devices and more.

Commercial Vehicle Safety Alliance says driver behavior is the cause of more than 88 percent of large truck crashes and 93 percent of passenger vehicle crashes. Last year, nearly 39,000 citations and warnings were issued to truck drivers during Operation Safe Driver Week. More than 84 percent of these violations were for state and local moving violations.