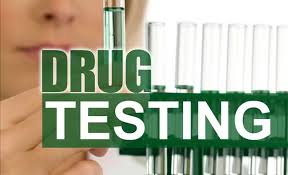 Effective Jan. 1, 2018 four opioids are added to the DOT's drug-testing panel for safety-sensitive positions. Those opioids include hydrocodone, hydromorphone, oxymorphone and oxycodone. In addition, labs must add methylenedioxyamphetamine (MDA) as an initial test analyte and remove methylenedioxyethylamphetamine (MDEA) as a confirmatory test analyte.

That means that DOT-regulated employers will be required to test for these highly abused opioids beginning on January 1, 2018. DOT says approximately 6.3 million DOT-regulated tests occur per year and about one percent of the submitted specimens is expected to be confirmed as positive for the added analytes. That's an anticipated 63,000 positive tests per year nationwide.

The latest revisions are intended to harmonize with the “Mandatory Guidelines for Federal Workplace Drug Testing Programs” which were revised by the Dept. of Health and Human Services.