Trucking Across the Mexico/U.S. Border

Carriers that cross the Mexico/U.S. border are facing challenges. 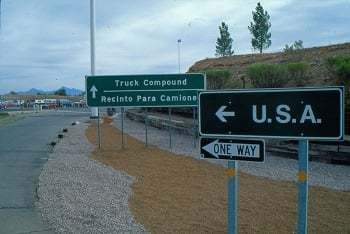 A federal court is slated to hear arguments March 15 against a 2014 FMCSA policy allowing Mexican carriers to apply for long-haul operating authority in the U.S.

The Pilot Program was part of FMCSA's implementation of the North American Free Trade Agreement (NAFTA) cross-border long-haul trucking provisions. The Pilot Program allowed approved Mexico-domiciled motor carriers to operate throughout the United States for up to 3 years. United States-domiciled motor carriers were granted reciprocal rights to operate in Mexico for the same period.

For more information go to http://www.ccjdigital.com/dot-policies-on-mexican-carriers-cross-border-trucking-under-fire-in-congress-courts/?utm_source=daily&utm_medium=email&utm_content=02-22-2017&utm_campaign=Commercial%20Carrier%20Journal&ust_id=c2e779d6f8dc7a09ce0cc3ef3c287a66